My FabKit MK 5 was causing problems: When starting the laser operation, the smoothieboard was resetet and the whole process aborted. You had to re-establish the serial connection and hope that it would work this time. The issue became more and more frequent over time …
So it was time for an upgrade:

I contacted Bonne and he informed me that the smoothieboard was probably damaged and that we couldn’t replace it because there was no smoothieboard available. So the idea was to upgrade to a Ruida board. Ruida boards are the new quasi standard for laser controllers, and MK 6 will come with this controller as well.

That means for my older maschine a completely new controller, external stepper driver and a different connection for the compressor. Also, it doesn’t work with the LaserWeb software anymore, you are now stuck with the Lightburn software.

The controller has a fancy monitor that can be used to control the machine completely on its own, (without any additional computer). Once a cutfile have been created and saved to the controller you can run it allover again. The cursor keys move the laserhead and you can adjust the focus conveniently on the machine. There are a few new safety precautions (the lid has to be opened and closed once before the first use).

So I am quite satisfied and can recommend the upgrade to all those who have problems with dropouts of the smoothie board.

the first project was the housing for the display, mounted at the place of the former mini pc. 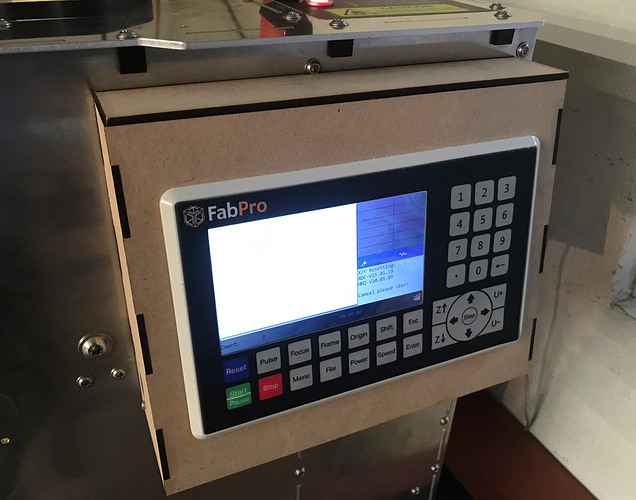 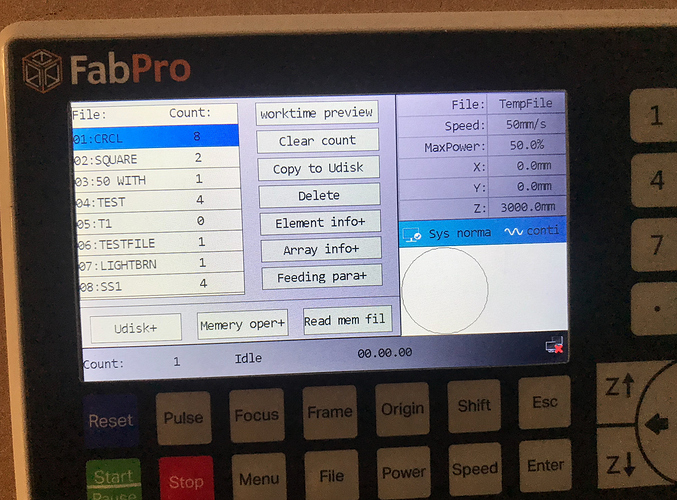 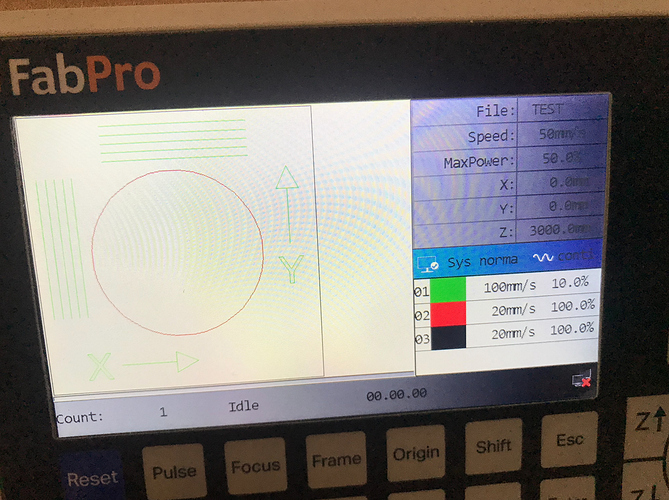 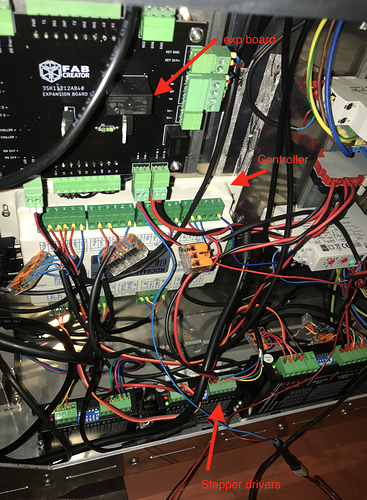 Hey, nice upgrade! I have exactly the same problem with regard to the smoothieboard. How complicated is switching the controller and the rest? Soldering or just reconnecting things? Do you need to figure things out by yourself or has Bonne directions how to do it?
Thanks in advance!

Because of my interest in technology and my personal nerd level, I packed the cutter into my car and drove it to the new FabCreator headquarters and spent 2 days there. We made the changes together there. Bonne is much more experienced with his machines. There were a few problems because the Y-axis is controlled by two motors and at the beginning they did not run synchronously (for whatever reason). I can only recommend that you send the machine in or, by arrangement, carry it to the fabric. After all, a lot of spareparts need to be ordered in advance and changed inside the machine.

Thank you very much for taking the time to respond in detail!

I think I’ll pass then. It doesn’t bother me too much, I just restart the job several times until it works. I don’t think I have enough experience to do it on my own and I have two other lasers for backup.

I think we will create an easy upgrade kit with instructions eventually.
With @ploenne we did it on the fly

Ill send a photo of the lamp you bought us, sits very happily above our lunch table

Upgrade Kit would be awesome!